Eye Facts: 9 Amazing Things You Don’t Know About Your Eyes 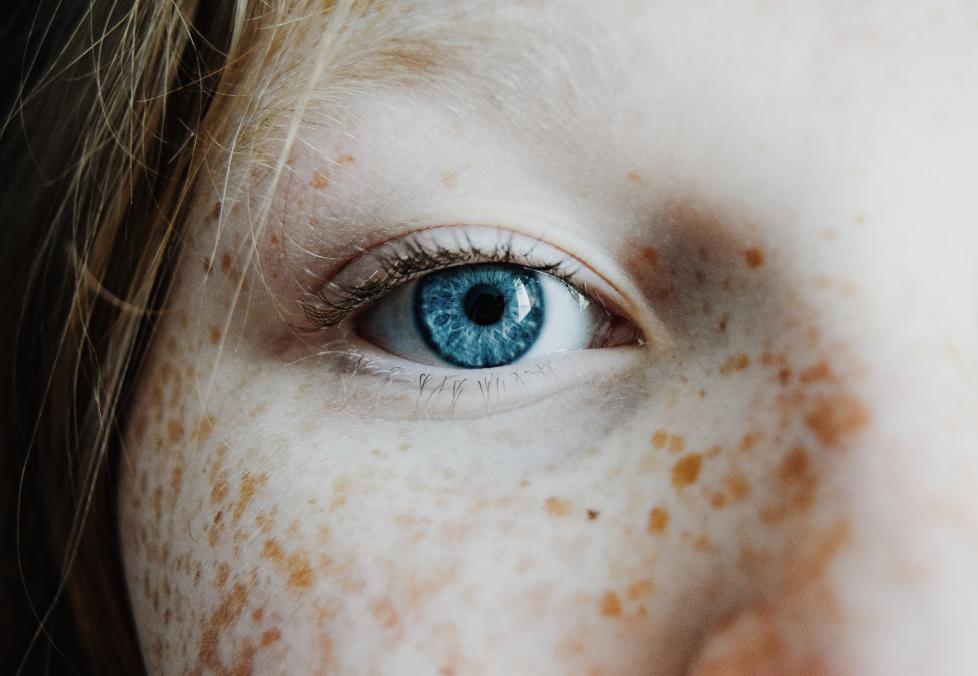 Your eyes are amazing. So why are they so overlooked?

“As long as people are seeing well, they generally don’t give their eyes much thought,” says Robert Africano, O.D., an optometrist with North Carolina Primary Vision Care Associates, located inside an America’s Best Contacts & Eyeglasses in Charlotte, N.C.

And that’s too bad, because your eyes are pretty special—and complex. Keep these interesting eye facts ready for party conversation or your Jeopardy! audition.

Amazing Eye Fact #1: Your Eyes Are the Most Powerful Camera on Earth

Your eyes belong in a Bond movie (A Really Sharp View to a Kill?), as they produce images that are clearer than any lens on earth.

In fact, if the human eye were a digital point-and-shoot, it would have 576 megapixels—nearly 50 times more than the iPhone X. Even the world’s most powerful handheld camera (costing $48,000) has one-sixth of the megapixels of the human eye.

Amazing Eye Fact #2: Your Eyes Are Uniquely Yours

Wonder why you’re seeing those iris scans at the airport more these days? While most other biometrics (fingerprint, palm) have from 13 to 60 unique characteristics, an iris has 266, making it the significantly more secure option.

Has it been a while since you’ve had an eye exam? Now's the time to book an appointment!

Amazing Eye Fact #3: Your Eye Color Is a Snowflake

The hue of your eye is determined by many factors, including your family tree, the amount and distribution of a pigment called melanin, how light scatters when it strikes your iris, and more. No two colors are precisely the same.

Genetic researchers at the University in Copenhagen discovered that baby blues popped up in humans within the past 6,000 to 10,000 years.

Before then, brown eyes were it. Scientists credit a mutation of the OCA2 gene that’s involved with production of melanin. Blue eyes, it turns out, have very little of this pigment.

Despite what the popular novel and movie would have you believe, the human eye can only detect about 30 shades of gray. Some researchers put that number even lower, closer to eight to 16. To put that in perspective, we’re able to distinguish around 10 million distinct colors.

Math whizzes have already probably figured out that this means it takes about a third of a second to blink and that we typically spend about 10 percent of our waking time with our eyes closed!

Amazing Eye Fact #7: Your Eyes Have Millions of Working Parts

With more than two million working parts, eyes are the second most complex organ—after the brain, of course. In fact, seeing is so important that it takes up more than half of the brain’s learning and memory powers.

Women generally have better night vision than men, because they see more contrast in low-light situations.

One theory: Female eyesight evolved over millennia to serve the needs of gatherers. It was useful, for example, for women to quickly discern between, say, a berry or a leaf.

Amazing Eye Fact #9: It Does Get Harder to Drive at Night

The National Safety Council notes that the average 50-year-old driver needs twice as much light to see road conditions as well as a 30-year-old. Why? The lenses of your eyes change as you age, scattering the light entering the eye, which creates a glare.

After age 60, other eye problems, such as dry eye and cataracts, a clouding of the eye’s lens, can also develop. For that reason, starting with your 60th birthday, the American Optometric Association recommends frank discussions with your eye doctor about the possible need to change your driving habits, including limiting your time behind the wheel to daylight hours.

3 Myths About 20/20 Vision You Need to Stop Believing

Time to clear up the common misconceptions about 20/20 vision, the gold standard of good eyesight.

When you need an eye care specialist, who you gonna call? Here’s your CliffsNotes guide to the three O’s: opticians, optometrists, and ophthalmologists.

Your budding bookworm has a few subtle ways of letting you know something's up with his eyesight. Here's what to look for